The Nigeria music industry is mostly populated by the male Gender, and over the years, female artists have proven themselves times and times again that “what a man can do, a woman can do better” and this is gravely evident in their global recognitions, hit songs, endorsement deals, concerts, enviable accolades, sold out tours, and achievements.

In an industry dominated by men, it takes a lot of prowess, effort, and expertise to be heard.

We have compiled the names of four female nigerian artists who are currently making waves in no respective order:

AYRA STARR: Oyinkansola Sarah Aderibigbe popularly known as ‘Ayra Starr‘ is a 19-year-old artist from Edo State in Southern Nigeria but based in Lagos State, Nigeria.

Her career took a greater turn in 2019 after a video of her singing a mix of songs from other artists and songs she wrote by herself went viral. Thereafter, she was signed to Mavin Records in 2020 where she released her first project, a five-track EP “Ayar Starr“, in January 2021.

The Afropop or Afrobeats singer recently released her debut album, “19 & Dangerous.” After her debut single, “Bloody Samaritan,” made it to number three on the Nigeria Top 100 playlist by Boomplay. We all look forward to seeing and hearing more of her while we enjoy the present.

Tiwa Savage: Tiwa Savage is one of the biggest pop stars to emerge in West Africa. She is popularly known as the queen of African pop and has been on the music scene for over 10 years since the release of her debut single “Kele Kele love”.

In 2012, she joined the Mavin Records label owned by Don Jazzy and together made hits songs like Without My Heart, Eminado, Dorobuci, and many others.

In a short span of years, the superstar singer achieved a lot through hard work and determination earning her a recent signing to one of America’s best Record Label (Universal Music) in May 2019. After her award-winning singer’s hit 2020 album “Celia”, she recently released a 5-track EP “Water & Garri” with our favorite track Somebody’s Son ft. Brandy. Congratulations to Savage and cheers to more soul-lifting music.

TEMS: Temilade Openiyi was born 11 June 1995 and is professionally known as Tems broke out in the music industry in 2019 after her record ‘Try Me’ became a hit record. She has been serving music lovers with juicy tracks; giving the fans a reason to stay addicted to her melodies with her consistency and top-notch delivery.

In 2020, she went harder, releasing an EP ‘For Broken Ears’, and records from the EP retained impressive spots on ‘Apple Top 100 songs in Nigeria’ for weeks. Tems is also featured on lots of amazing projects like, ‘Know Your Worth (Remix)’ by Khalid & Disclosure and ‘Essence’ by Wizkid.

She got nominated for the ‘Next Rated’ at the 2020 Headies Award and also, made the Vogue’s list of ‘9 Emerging Black Music Talents You must know for 2021″.

Teni who is broadly known for her dope songs and conventional signature tomboy outfits has not disappointed her fans since she got signed to Dr. Dolor Entertainment. Aside from her music expertise, the “Case” crooner engages her fans through her fun and comic nature which she displays on videos posted on her page @tenitheentertainer

In a space of six years, the superstar musician has sold out shows, won notable awards, and released two albums. Billionaire in 2019 and Wondaland in 2021. Her single “Hustle” is one you should listen to.

Every Nigerian music lover would agree that Teni is raw talent. Yes! she’s relatively young in the music industry, however, she is certainly one of the best female musicians in Nigeria 2021.

Please, also see: 7 Female Nigerian Artistes Under 30 You Should be Listening to

OUR FAVOURITE TUNES ON… 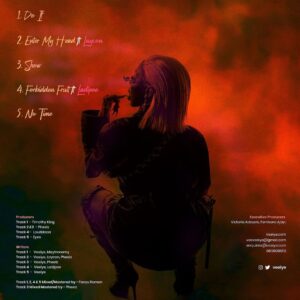 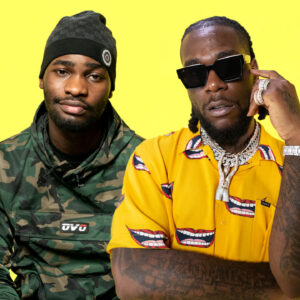