Asides from the infamous Jollof war, Nigeria and Ghana are as cordial as a newly wedded couple. The two West African countries see themselves as sisters and have been close allies politically, economically and socially for years. This relationship includes the music industry as well, and Nigerian/Ghanaian artists have often teamed up to deliver some of the best music collaborations to their listeners. Ghana boasts of a number of great artists like Sarkodie, Stonebwoy, Shatta Wale, Efya, Amaarae, Wendy Shay, Joey B, Medikal and R2Bees, to name a few. Here are six Nigerian and Ghanaian music collabs you shouldn’t miss.

The One – Efya ft. Tiwa Savage

The two afrobeat Queens, Efya of Ghana and Tiwa Savage of Nigeria, collaborated to release the beautiful love song, “The One”. Efya is a singer, songwriter and actress from Kumasi, Ghana. She got signed to Wizkid’s record label, Starboy Entertainment, in 2016 and has many awards to her name. 3Music Awards named Efya as one of the Top 30 most influential women in music in March 2021. Tiwa Savage, on the other hand, is a Lagos born singer and songwriter. The former Mavin Records signee also has several awards, including the Best African Act from the MTV Europe Music Awards. She is currently signed under the label Universal Music Group. There couldn’t have been a better collaboration than these two female talents from Ghana and Nigeria.

The Ghanaian afro-fusion singer Jackline Acheamping, professionally known as Gyakie, collaborated with Nigerian singer, songwriter and producer Stanley Omah Didia, better known as Omah Lay. The duo worked together to produce a remix of Gyakie’s single titled “Forever”. The “Godly” hitmaker Omah Lay came into the limelight sometime in 2019, after releasing his self-produced debut single, Do Not Disturb. He won the Next Rated award at The Headies Awards 2020 and has been releasing hit songs ever since. Gyakie gained popularity from her song, “Forever”, which topped Billboard’s Top Triller Global chart, as well as Shazam’s Top 200 chart.

R2Bees is a Ghanaian two-person music band that consists of cousins Faisal Hakeem (Omar Sterling) and Rashid Mugeez (Mugeez). The hip-hop duo collaborated with Nigeria’s Starboy Wizkid in 2013 to produce “Slow Down”, a single off the album Refuse to be Broke. Wizkid has also teamed up with this duo to work on other singles like “Supa”, “Tonight”, and “Straight from Mars”. The Slow Down collaboration was the first of many other collaborations between Wizkid and Ghanaian artists, such as King Promise’s “Tokyo” and Sarkodie’s “God Bless Me”.

One of the pioneers of the Alté music scene, Bolaji Ojudoka, better known as Boj, teamed up with the Ghanaian artists Kwesi Arthur, Darkovibes and Joey B to work on his single, “Awolowo”. The Audio engineering graduate, Boj released this song as part of his Alté Bank Of Africa project and a music video was released by the group to support the single in May 2019. Joey B also featured Nigerian rapper Falz in his song, “Iyabo” and Kwesi Arthur later teamed up with another Nigerian star, Joeboy on his single, “Baajo” in 2020.

Nigerian reggae-dancehall singer and songwriter, Patoranking teamed up with Ghanaian rapper and entrepreneur Sarkodie to release “No Kissing Baby”, a single off of Patoranking’s 2016 album, God Over Everything. Patoranking is known for his collaborations with artists from other African countries and so far he has over 40 collaborations. In fact, the name ‘Patoranking’ was given to him by a Jamaican artist who loved his music and his personality.

Chocolate City Music’s Blaqbonez featured Spaceship Entertainment’s Buju and Ghanaian songstress Amaarae in his love song, “Bling”, a song from his Sex Over Love album. The self-proclaimed “Best Rapper in Africa”, Blaqbonez, was profiled by New York Times as one of the new guards of Nigerian music and he got to work with a fellow rising talent from Ghana. Amaarae is a singer, songwriter and producer who has also worked with Nigerian artists such as Wande Coal, Boj, Tems and Show Dem Camp.

From Wizkid To Olamide:… 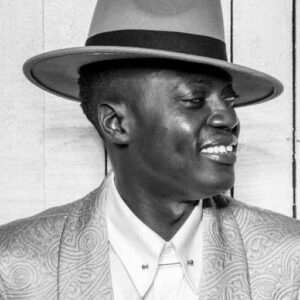