“Pioneer of a genre-bending sound” – EQUATE

“A key player in the Afropop world” – NATIVE

“Dice Ailes is on a mission” – RADR Africa

For everyone familiar with the Dice Ailes brand, one thing that clearly sticks out is his love for women; this same idea propagates on the brand-new project that is eponymously named in their obeisance. An EP of this nature can only be deeply personal, and for Dice Ailes, you immediately begin to get a feel of its uniqueness and intentionality right from the outlook. From the cover, which is minimalistic with a simple image that bears a stare, the eyes are the first point of contact for fans to relate with the different feelings of emotion being communicated in the music. And then the title text for the EP is handwritten by Dice Ailes himself because what better opportunity allows for every fan to have a digital autograph of Dice.

When ‘Hold Me’ dropped in February, Dice let us know that the EP was on the way and that we could begin to tailor our expectations for what was coming with the Tiwa Savage-assisted record that hurled the word intimacy at you from a first listen. Like, Hold Me, the other tracks that make up the Ladies First EP are from a place of personal experience. His high affinity to the female folk has left him vulnerable to a variety of encounters which he’s put in the music to share with the fans, and the odyssey of these emotions – from sex to love, betrayal and heartbreak are all divided and explained throughout the tracks.

Leftside was birthed from memories of drunken nights of passion. It has such a catchy beat that would have you tapping your feet in tune and nodding your head along with its lewd lyrics almost eluding you. Rosalia expresses on the context of desire; a feeling of longing, begging even, for a second chance. He enlists the help of Spanish rapper, Kaydy Cain to power through one of the verses as well as Grammy award-winning Latina, Rosalia who makes a surprise outro on the track. Listening to Monica, what comes to mind first is love; the soft, easy and judgement-free kind of love. A love that snugs you up and reassures you of safety. This track was littered with words of reassurance while asking for it in return, showing us that love works better when it is give-and-take.

The message of love continues on Zombie, a track with such simple yet alluring instrumentation wherein Dice tells a tale of love so intense that it makes your head spin and causes you to lose sleep. With your ears plugged and eyes closed, this track brings fond memories to your mind and tugs on your heart’s strings. Pray As You Go speaks of unrequited and unequal love. However, it doesn’t come from a place of ill-thought rather it sends good wishes and prayers forth. It is a real struggle to listen to this track without having your heart clench a bit in your chest.

Being his first project ever, from a career that has spanned almost a decade, it’s interesting that Dice chose to speak first on his relationships and certain encounters he’s had with his female friends in the past, which he says explains the title, touching on these “ladies first” before he gives the album. And then the sincerity behind its creation is why majority of the songs are mid-tempo so that people can really listen, not only for enjoyment but to also be drawn into his real-life experiences other than for the flair of just dancing. Nonetheless, you are having no dull moment listening to these tracks. 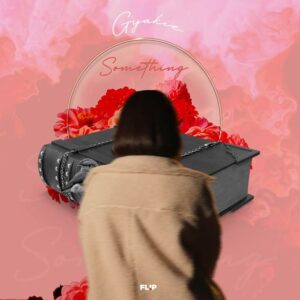 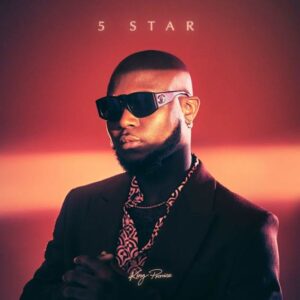