THROUGH ETERNITY BY MINISTER GUC.

Gift Ugochi Christopher, professionally known by his stage name GUC is under the Eezee Conceptz in 2019 after releasing his first track, “I believe,” in January 2014. “Through Eternity” was released on the 22nd of April 2022 and is currently the 11th trending song on YouTube with almost 200,000 views. “Through Eternity” is a song that reminds one of the kind of love the kingdom offers. You should listen and see for yourself.

Nigerian afro-highlife praise and worship singer and songwriter and C.E.O Rocktown Records Frank Edwards recently released the album “Melody.” The album consists of 10 tracks featuring international gospel artist Don Moen and Nigeria ministers Sinach and Nathaniel Bassey. Across all streaming platforms, the album has gathered over 500,000 streams, and if you haven’t streamed, you are wrong.

Victoria Orenze, who officially started her music career after her feature with Nathaniel Bassey on the song “Alagbada Ina.” has released several tracks such as “Na So So Wonder” “Still God” “Uwese,” and a host of others. The song Shalom is available on streaming platforms, excluding YouTube.

The “Wonderful Love” crooner Chioma Odimba popularly known as CCIOMA releases another track, “Away.” The song was written by her and produced by Ikechukwu Chekwa for Asuza World Records. The visuals are available on YouTube, and you can also stream the audio on other streaming platforms.

ARTISTS WHO WERE ONCE… 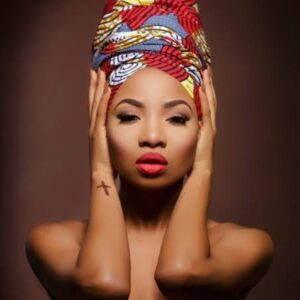