Oh! The talented Lil Kesh, with so much talent for one person, he is supposed to be in the line of the next colossal indigenous Afrobeat rapper after Olamide & Reminisce.

After Lil Kesh left YBNL, we noticed his momentum dropped why? We do not know. But what we do know is that the responsibility of starting a record label and running it, yourself is very tasking and we believe that took its toll on Lil Kesh. Lil Kesh Launched his record label YAGI after leaving YBNL.

Lil Kesh is taking long-time playing catchup. There are some indigenous rapper/singers in the Nigerian music industry, with strong character and fanbase, the likes of Zlatan and Naira Marley. There are also a lot of new talents in the limelight, Rema, Omahlay, Fireboy, Joeboy, Badboytimz and they don’t seem like they will be slowing down anytime soon

In recent times, Lil Kesh has collaborated with a few artists after his hit jam “Able God” with Chinko Ekun in 2018. Since then we have all be expecting more hits.

To all Lil Kesh fans, Lil Kesh announced that he is working on his EP “ Ecstasy”. We are patiently waiting on this EP. We need to know that Lil Kesh still has what it takes. 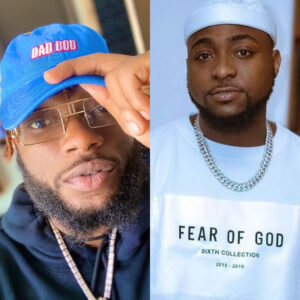 Why Music Artiste in Nigeria…

Why Music Artiste in Nigeria Should Emulate Naira Marley.