LOVE IS NOT ENOUGH EP REVIEW.

One of Nigerians’ finest producers Young Jonn who started in the music scene almost a decade ago as an audio engineer and record producer, recently released his debut EP, “Love is Not Enough,” under Chocolate City.

The label recently announced his deal on the 14th of March 2022 with his track “Dada ” release. Although Young Jonn has released a few individual tracks like “Mama Yo,” “Let Them Know,” and others. Before now, he was famously known for his productions from Olamide’s “Story for the Gods” to Kizz Daniel’s “Ello Baby” to “Mafo” by Naira Marley, and the more recent “Don’t call me” by Lil Kesh featuring Zinoleesky,

Listening to “Love is Not Enough,” it is obvious that his first track ever, “Mama Yo” produced in 2019, wasn’t a trial, it was intentional and it served its purpose. One thing is clear with this project, Young Jonn will always be a beat master who potentially is on the road to perfect vocals. The EP made of 5 tracks didn’t disappoint the title because every single track told a different love story.

From “32,” which tells a story of a troubled relationship; How people who are in love find themselves apart from each other yet find ways to come around to “Dada” an attraction centred story to “Just Friends,” which can be crowned the king of the EP. The fourth track features American artist Vedo.

For a first-time EP, the beat proved that Young Jonn is doing what he does best, the lyrics need a pretty touch, and the storylines can be greatly worked upon. If we were to rate this EP, we’d say a 7/10. What would you say?

“I’ve Got An Empire Here In Nigeria” Naira Marley on Noisey.

YOUNG JONN RELEASES A NEW SINGLE, OFF YOU 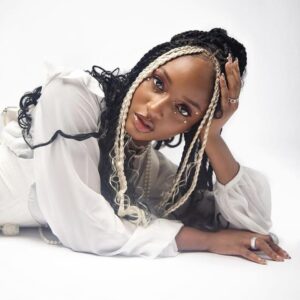