Mr Eazi’s collaborations with tops stars such as J Balvin, Nicki Minaj, Major Lazer and many others has no doubt help his growth in the music and entertainment sphere.
He is here with a new jam with he titles ‘The Don’Produced by Killertunes and E Kelly.
“The Don” is an afro-trap anthem that offers listeners a first taste of Something Else, and a window into MR EAZI’s ever-expanding world.

MR EAZI is the creative and business visionary leading African music into its future. As a recording artist, the Nigerian multi-hyphenate is the voice behind afropop hits “Pour Me Water,” “Skin Tight” (featuring Efya) and “Leg Over” among others.

In a press statement, Mr. Eazi discussed how his talent incubator emPawa Africa took up a good deal of his time.
“I spent the entire year working on building emPawa Africa and morphing into ‘Don Eazi’, the mogul. I almost had no time to record. This project was inspired by Kel P and Killertunes, who kept coming to meet me in Accra until I finally recorded ‘The Don.’ That opened the door for me getting back in the studio.” 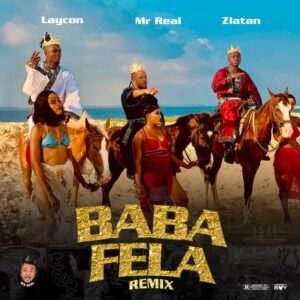