When Seyi Shay released “Loving Your Way” in 2011, we thought it was all about romance. But now, we are glad she has given us every reason to keep loving her ways. Big Girl reinforces Seyi Shay independence and growth. Let’s Shay understands the dynamics of the music industry and she is deliberate about transitioning along with the system.

Oluwaseyi Joshua, professionally known as Seyi Shay, began her music career at age six but released her first song in 2011. From that time till now, ‘they really can never put off her light’ like she sang in “Irawo” which was her first track on her debut album in 2015 titled ‘Seyi Shay’. This gave her a ground to reach out for more while she released a series of records alongside her sophomore album “Summer Vibe” in 2018. Ever since it is safe to say Seyi Shay has been quite deliberate about her sound and her place in the global space.

The first track “Maserati Sexy” featuring the British-born star BackRoad Gee and the third track “Big Girl”, produced by Kel-P gives a reflection of her thoughts on the true definition of the words ‘Big Girl’ which means; Independence, a healthy sexual life with a definite touch of class. Seyi Shay showed her collaborative strength in this album. Starting with “Mine”, which featured the American Shay Jone. Mine is a classic, although it accompanied rap verses along the line and explores Seyi’s personal experiences with life.

Portuguese art Calema gave “Stamina” a good storyline worthy of emulation, and Simi did make “Glowana” pleasing to the ears. The song preaches self-love and how one should learn to embrace individuality. Wande Coal’s collaboration on “Ride For You” is an example of faithful love as Seyi Shay confesses that she’d ride for her lover till the wheels fall off. The chemistry here is undeniable, and one must say Wande Coal’s delivery is rare; it seems like one that could drive him a greater amount of attention.

Yemi Alade’s effort closing the project with “Pempe”; a track released prior to the album launch tells the story of love preparing to take off but crashes along the line due to several unexplainable reasons. Depicting the state of many current relationships. “Let Me Know” is one of the most exceptional R&B dubbed Afrobeats records on this project where Seyi’s vocal strength resounds and feels alive while “Outro” sounds like an outstanding promotional work.

The harmony of Big Girl is undeniable as much as the album sequencing, cohesiveness, proper record production, and the songwriting in particular. It is safe to say “Big Girl” is Seyi Shay saying she is independent, growing and also having her best life especially romantically.

Tell us your favourite track in the album if you have listened to it, and if you haven’t, you can listen HERE.

Do You Think Lil kesh Has Lost His Ability To Make Good Music? 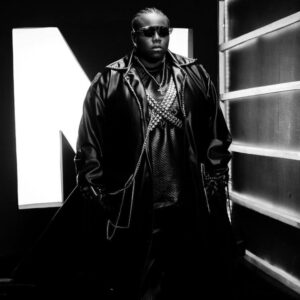 Skiibii's God is Bigger Than… 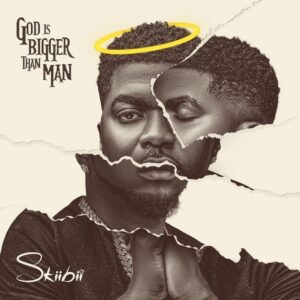