Despite several back to back hits like Fagin, Case and Uyo Meyo’ from this amazing vocalist, Teni kick start 2021 with her debut album (WONDALAND).

Wondaland is a 17track album with production credit from top Producers like P.Priime, Ozedikus, Damayo, Tempoe, and Krizbeatz and Pheelz the producer.

Teni takes us on a journey with wondaland. A very beautiful journey with 17 tracks that total 50 minutes which might appear overkill for some, Teni’s Wondaland debut has all it takes to be that album that takes us to a place where we can sing away our worries as alternative music and highlife meets Afropop to create a sonic escape for any and all music lovers where Teni is truly Oba Orin.

Teni opens the album with ‘MAJA’. It serves as the intro of the album. It is an honeylike Afropop that finds its roots in Teni’s hometown in Ondo state as her aunty’s voice powers over Dr Dolor’s enchanting flute-backed instrumentals to recite Teni’s oriki.

We go straight into fans favourite ‘For You’. This jam has earlier been released before she dropped the Album. She features Davido in this jam. It has been making waves with it’s catchy love lyrics and cool vibe of the song. Wondaland has only one featured artiste and it’s Davido for whom Teni wrote what some consider the megastar’s best song. This precedent and the beautiful story of Teni chasing down Davido on the streets of Lagos to get him into the studio to make For You, served to an extent make it an anticipated track.

Following are Moslado and Game Over, which are my personal favourites. Moslado has a chill vibe that you can dance to, and the guitars on the song paint a picture of elderly men drinking palm wine and listening to highlife music at an outdoor bar. Game Over, on the other hand, presents the imagery of young lovers having a wild night.

Hustle comes next with production credit from Pheelz. Teni sings about how hard it is to make it in life and how despite all, we still need to push through. She also talks about how people that are supposed to be on our side are the ones that doesn’t come through for us. On this jam, Teni chronicles her challenges and asked people to understand her. Just before we’re strapped in for another wild ride, comes FBI where a tale of being untouchable is told in an Afropop style that borrows some trap music elements. Its subject matter might not be the most memorable still it is done up in an easy-going manner sure to grow on you.

The same cannot be said for Toxic where Teni’s voice becomes the voice of several young people the world over as she fiends for loveless relationships that offer sex and utmost freedom. Here the trap elements are more obvious and really make the song and its truthfulness shine in an effortless manner.

Injure me featuring Olamide comes next and it shows Teni’s playful Sugar Mummy persona as she instructs someone who has been catching her eye to act right and consent to her requests.

One of the very emotional songs on the album is Dad’s Song which she wrote for her father, who passed away in 1995. Assassins raided the Apata home and shot Simeon Apata, Teni’s ex-soldier father, who had a leg injury in front of his three wives and ten children. Before his death, Simeon was sort of like an unsolicited vigilante who helped people in the neighborhood when robbery attacks occurred. He became a target for that specific reason. Teni really poured her heart out on this jam.

Teni gave us a bonus track titled Black, where she speaks for all of us as Black people and Nigerians who face so much in the world and our country, Nigeria. From Police Brutality to bad government, we want to be free to live our lives. And Black perfectly expresses that feeling.

Teni is a talented songwriter and vocalist, and I’m happy all of it came to play on this debut project.

See the Tracklist Below. 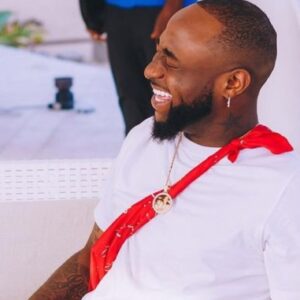 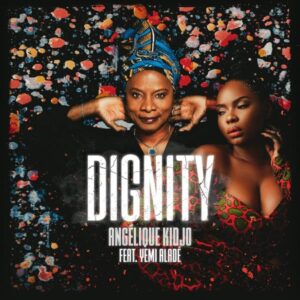